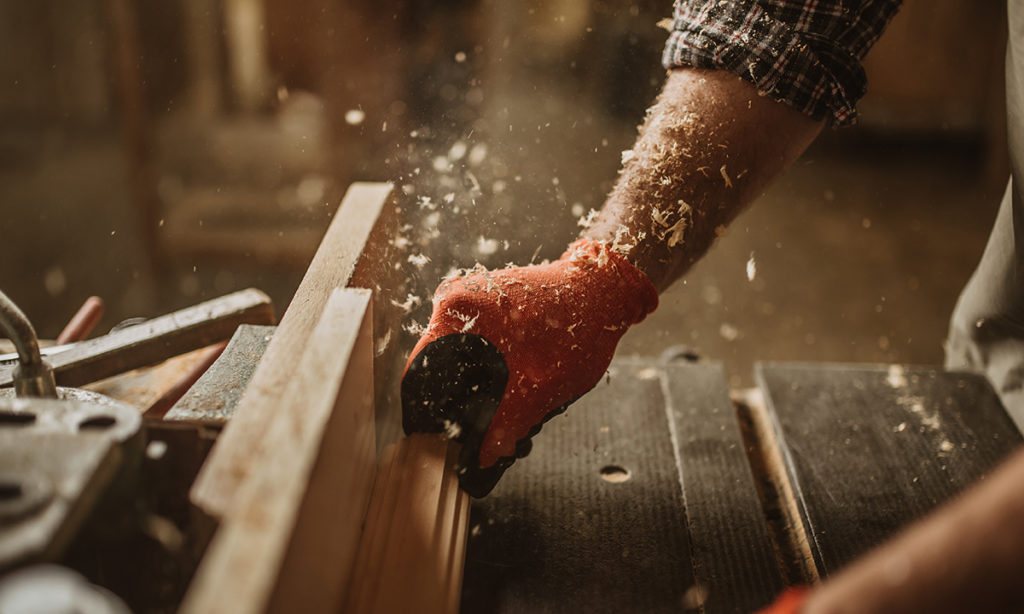 Why Have the Industry Standards for Wood Casework Changed?

New industry standards for wood casework took effect on June 1st, 2020. Known as the ANSI/AWI 0641-2019—Architectural Wood Casework Standard, these succeed, replace, and supplant Section 10 of the Architectural Woodwork Standards, Edition 2 (2014) as recognized by AWI and AWI-QCP when specifying.

Taking a performance-based approach, the new standards for casework architecture have a stronger focus on testing, allowing woodworkers to build casework however they like, as long as it performs to one of the four duty levels.

Continue reading to learn more about what these duty levels mean, why the AWI Standards for casework have changed, and what changes you can expect to see.

How Have AWI Standards Changed?

Since the first edition of the Architectural Woodwork Standards (AWS) was released in 2009, it has undergone several updates, with the final edition published in 2014. Another important change happened in 2019, when AWI started the release of their new recognized standards (the AWI Standards), on March 15th. This affected four key standards:

The ANSI/AWI 0641 Architectural Wood Casework Standard came into effect for projects bid on or after on June 1st, 2020. This is the AWI Standards version of AWS Section 10 – Casework, and encompasses a range of casework architecture, including wood veneer cabinets, plastic-laminate-clad cabinets, and cabinet and drawer hardware as specified under CSI MasterFormat Division 6.

So do the new AWI Standards affect woodworkers? Well, for those whose work already specifies and is in compliance with the AWS, the answer is that the changes won’t have much of an impact. The new versions of the Standards haven’t changed significantly from the AWS, so if you’re complying with these, things are pretty similar. However, you will need to get your casework tested or confirm your current method matches one of the library of test casework specs AWI offers in order to meet the duty level requirement and receive the required test reports.

What Are the Changes for the Wood Casework Standard?

The most important thing to note about the new wood casework standard is the structural and aesthetic tolerances it sets out for casework architecture applications.

Unlike the AWS, which were restrictive to woodworkers in regard to construction methods, ANSI/AWI 0641 is a lot more flexible, with a primary focus on aesthetics and structural integrity. It allows woodworkers to build casework in whatever way they prefer, and then get it tested to determine it complies with one of the four duty levels, which we’ll talk about now.

The AWI Standards set out four performance duty levels as determiners of structural performance for wood casework. They include:

Under the new wood casework standard, if a piece of woodwork passes testing, it will be awarded one of these duty levels. To clarify, you have to specify which level you would like to perform the test to, and your casework will then either pass or fail that test. For example, if you submit cabinets for Performance Testing at a duty level 4 and the casework fails, you will not be provided a duty level it does pass. Instead, you would have to resubmit cabinets and have them re-tested at a different duty level, or make adjustments to your cabinets and resubmit them for level 4 Performance Testing. You will be provided a testing report confirming the joinery/structural performance of the product in a laboratory environment. The testing report is required for verification purposes.

The casework architecture will be tested based on the construction of the cabinet, drawer box, and adjustable shelf. Another key thing to note about duty levels is that the desired level the architect or owner wants the piece built to must be indicated in cabinet shop drawings.

As part of AWI’s mission to unite the architectural woodworking industry in excellence, some cabinet shop drawings for pieces that have been awarded duty levels may be included in the member library of available build methods.

With all this in mind, the main difference between the AWS Section 10 and the ANSI/AWI 0641 standard for casework is that the former was very prescriptive, while the latter is performance-based and, as a result, far more flexible. Instead of having to comply with stringent requirements relating to how a piece should be constructed, woodworkers will now be able to pass inspection if they:

Why Have the Wood Casework Standards Been Updated?

Industry standards for wood casework have been updated to meet a growing desire for a performance-based system. The design community, in particular, has been moving away from prescriptive standards in favor of formalized testing standards, which provide assurance that a product will perform in the desired way.

The duty level requirements in AWI’s new casework standard act as a yardstick by which we can measure the performance of casework architecture. This provides assurance to the design community, mitigates risks of liability, and gives woodworkers the opportunity to develop their own unique construction methods while demonstrating compliance with the world’s leading quality standards for architectural woodwork.