The View from Here with Ralph Greco

Ralph Gecko is featured in this edition of Quality Times and is profiled in “QCP Rep Spotlight.”  While sharing his industry experience with QT, he passed along his observations about notable changes in the architectural woodwork industry and QCP over the years.

Looking back, Ralph told Quality Times, “Obviously, big changes have occurred with the woodwork standards. In 12 years, the Quality Certification Program has become larger and more widely accepted.  More woodworkers realize the value of QCP for marketing their firm’s capabilities and professionalism.”

Ralph said that in cases when “Architects are involved with woodwork projects that are not going well, they see more value in QCP as a third-party verifier.”  He cited an example of one architect who had a bad experience with a woodwork project, and who now requires THREE inspections on every job, even though he no longer uses the woodworker who produced a poorly executed job.” A bad experience where the program helped get things corrected speaks volumes about the value of QCP.  Woodworkers will suffer the consequence of poor-quality work. 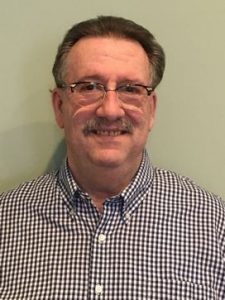 Ralph Greco is a wood industry veteran of 57 years.  A former co-partner of United Wood Technology, Ralph closed the firm in 2005 and retired at age 54. After doing household repairs for six months – pleasing his wife Elise to no end – Ralph began a new career as QCP Representative.  He recently celebrated his 12th anniversary with QCP.

Industry Background
So how did Ralph’s long-standing association with the wood industry begin?  It started with his grandfather who established three businesses in New Jersey.  He had three sons; one was Ralph’s father who ran Yonkers Plywood.  Ralph’s mom was the bookkeeper at his dad’s business.  Ralph said, “My daycare was at the plant where I swept floors, and did odd jobs.”  Ralph and his cousins rotated working at each of their fathers’ plants where they honed their skills.  Later, armed with a driver’s license at age 17, Ralph was a Union installer in New York City.

In 1977, two weeks after graduating from Montclair State College, Ralph established United Face Veneer Company, in Mocksville, North Carolina, where one- and two-ply facia was produced for the furniture trade.  Ralph’s brother soon joined him and together they launched United Plywood Industry.  Until 1980, the firm primarily supplied products for the furniture industry, while their secondary market was architectural woodwork.

The death of Ralph’s brother at age 49 led Ralph to rethink his life. He eased out of the business and closed the plant at the end of 2005.

New Career with QCP
When Ralph started looking for something substantial to do, a friend (a QCP Licensee and AWI member), Don Jackson of Peerless Woodworking, suggested that Ralph explore opportunities with QCP. After reading the Quality Standards Illustrated, Ralph passed a test, and QCC Executive Director Randy Estabrook hired him as a QCP Representative.

Territory: Southeastern United States, and wherever else he may be needed

Personal
Ralph and his wife, Elise, have been married for 30 years and live in Mocksville, NC. In his spare time, Ralph still plays golf but no longer flies his own airplane.