The “Letter Accepting Variation” (Because Perfection is Elusive) 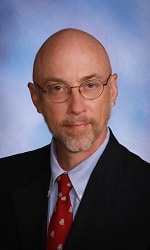 There was a period in the history of AWI’s Quality Certification Program (QCP) when there were only two possible outcomes for architectural woodwork which was required to be certified, and simultaneously subject to inspection by QCP representatives.  Those outcomes were:

About six years ago, the QCP Board of Directors recognized that consequences for the woodworker which resulted from the second outcome could be disproportionate in projects where the nonconforming items were generally considered to be minor in nature, and the large preponderance of woodwork provided was conforming overall.  Also noted was the lack of opportunity for the architect or owner to weigh in regarding whether the issues, although technically nonconforming relative to contract documents, might in fact adequately meet the design intent and the owner’s needs.  Accordingly, in addition to “Full” certification, a new type of possible outcome was added to published QCP Policies:  the “Limited” certification.

A “Letter Accepting Variance” (LAV) was the mechanism QCP created to allow the architect (or project owner) to override a QCP inspector’s “nonconforming” determination for any individual line item of a QCP inspection report.  Current QCP Policies (June 2019) define the LAV as:

“A letter from the Design Professional or the project owner’s appointed representative stating that nonconformities noted during the inspection do not require correction, thus accepting those Variations from project contract documents and the Standards.”

This process is really nothing more than a specialized “RFI” dialogue, with all communication typically routed through the general contractor.  The woodworker elicits the architect’s acceptance of a selected nonconforming item or items, providing supporting information or documents which may facilitate the architect’s consideration of the request.  If the architect agrees to accept any reported nonconforming item, his/her assent must be explicit and in writing.  There is no LAV “form”.  The documents exchanged are usually simple emails.

Once the LAV is received from the architect (via the general contractor), the woodworker then sends it directly to the QCP inspector.  The inspector updates QCP records to note any nonconforming item or items resolved by the LAV.  During the post-inspection back-and-forth, there could be multiple LAV requests sent by the woodworker to the architect.  Some may be accepted, and some rejected.  A nonconforming item for which the woodworker’s LAV request is rejected remains nonconforming, and requires an alternate means of resolution.  For any inspected project which is certified, if even one nonconformance was resolved by an LAV, the project receives “Limited”, rather than “Full”, Certification. The text of the physical “Limited Certificate” sent to the woodworker reflects that designation, and the “Limited Certificate” is visually differentiated from “Full” certificates.  However, from QCP’s standpoint, a specification’s requirement for project certification is satisfied by either a “Full” or a “Limited” certification.  But…

There are administrative consequences for a woodworker who submits an architect’s Letter Accepting Variance to a QCP inspector.  Current QCP Policies (June 2019) state:

“4.3.5.2 – Completed projects resulting in the issuing of a Letter Accepting Variations (LAV) will result in the licensee’s certification status being changed to ‘Probationary’. “