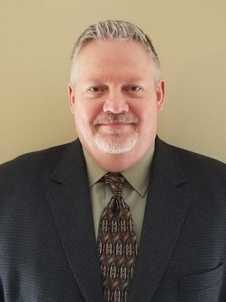 October has arrived and that means Architectural Woodwork Institute (AWI) Convention time. At this year’s convention I participated in a roundtable discussion and audience question and answer session on the new ANSI-approved standards to provide a perspective from both QCP and as a member of the AWI Technical Committee working to develop the new standards.

The big news during the convention was the announcement of the completion and ANSI approval of the new installation standard ANSI/AWI 0620 -2018 – Finish Carpentry/Installation.

The roundtable discussion offered different views of how the new standards and the testing offered by the AWI National Testing Center would impact the industry.

Mike Coticchio’s firm answered an early call from AWI for materials to perform preliminary testing and was invited to view testing on a couple of their cabinets. His take-away was that the testing would add credibility to the standards and it revealed opportunities for his firm to adjust their construction for potential savings.

Julia Hall with LS3P, indicated that while they have always relied on AWI and the Architectural Woodwork Standards as the authority for architectural woodwork, the testing and the ANSI process provides additional credibility and confidence. The Quality Certification Program was also important for providing the verification and confidence in the field, according to Julia.

Ashley Goodin outlined the testing process and highlighted some of the results, emphasizing the increased credibility offered through testing.

As for my view, I agree with all three of my colleagues. The testing definitely provides additional credibility to the standards, and it also provides a simpler process for the introduction and integration of the evolving joinery technology we are seeing in today’s marketplace.

I do want to clarify one issue, regarding testing. In the current Architectural Woodwork Standards, Edition 2 (2014), if you want to construct your cabinets in a manner different from what is outlined in the standard, you can do so provided you have it independently tested using the guidelines in the appendix.

The Architectural Woodwork Institute (AWI) has produced and collaborated on the development of Standards in accordance with its mission from its founding in 1953 to the present day. www.awinet.org

Founded in 1918, the American National Standards Institute (ANSI) is a private non-profit organization that administers and coordinates the U.S. voluntary standardization and conformity assessment system. www.ansi.org